A perfect day to discover the Gorges d’Héric, a place we were planning to visit since long.
The drive by car through the Parc Naturel Régional du Haut-Languedoc to Mons-la-Trivalle, is beautiful. Close from here our walk will start, but first a good cup of coffee on the terrace of Auberge du Caroux.
We park the car in Le Verdier at the base of the gorges and start the beautiful aller-retour walk of 10 km, with 5 km of climbing and 315 meters difference in altitude.
In this late autumn it was very quiet, but that will be different in the holiday season. We spotted a lot of nice places to picnic and to paddle. In short, a sight-seeing trip which is definitely  well worth the effort from La Maison Chabbert! 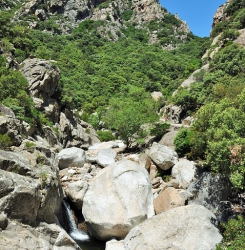 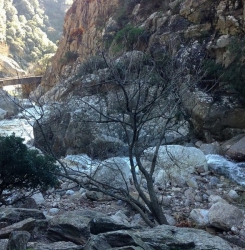 In November the cultural association La Grande Ourse organizes the Fête de la Soupe in Olonzac. Anyone who wants to, brings a pot of homemade soup. This year at least 17 soups were brought to taste in a nice ambience. You might recognize the soupe au fenouil made by Dick, which is pretty often on our table d’hôtes menu. 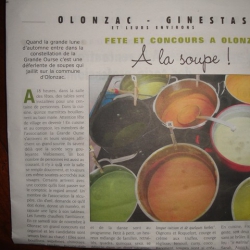 The weather in Beaufort