Just a short walk from ‘La Maison Chabbert’ are sprawling vineyards, interesting villages and la garrigue, with plenty of flowers, greenery and natural beauty to admire and enjoy. Especially during the springtime, infinite flowers and flowering herbs perfume the air with the scent of thyme and rosemary.

Around Beaufort you will find three beautiful nature parks. You can walk, bike, run or take a tour by car. As an avid cyclist himself, Dick will be happy to advise you in this paradise for cyclists. 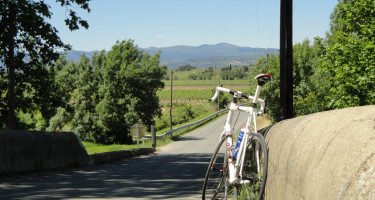 To the south and south-west of the village lies Cathar Country, in the department of Aude. These breathtaking landscapes are home to many castles and abbeys that have witnessed a rich and tumultuous history. In particular, the medieval walled city of Carcassonne, fully restored and on the World Heritage List of UNESCO, is well worth a trip. The largest town of the Cathars still captures the imagination with its medieval double ramparts, imposing towers and drawbridge. For more information: France Voyage

The Minervois is a stunning wine-growing region located on the border of the departments of Aude and Herault. Minerve is known as one of the most beautiful villages of France, and scene of historic events during the medieval period. Due to the deep gorges that surround it, capturing Minerve was almost impossible. However, during a crusade in 1210, the violent Simon de Montfort besieged and conquered Minerve, burning 140 Cathars at the stake.
The steep and plunging gorges carved by the Cesse and Brian rivers separate Minerve from the limestone plateaus around it. It is an impressive natural phenomenon not to be missed! For more information: France Voyage

North of Beaufort lies the Natural Regional Park of Haut Languedoc, where you can enjoy spectacular trips within protected natural areas and visit beautiful villages like Roquebrun (nicknamed the “Nice of the Hérault)”, Olargues, or rent a canoe or kayak for a wonderful journey through the gorges of the Orb valley. For more information: France Voyage

To the west, the Regional Natural Park of Narbonne and the Mediterranean offer a variety of unique vegetation and pretty ponds, quaint fishing villages, a coastline filled with broad sandy beaches and flamingos.
A nice sea-side resort is Gruissan. The old town was built in a circle around the Barberousse tower. In the Languedoc-Roussillon you see them everywhere, those ‘villages circulades’, built in concentric circles round a church or fort. Gruissan has yacht marinas and beautiful beaches. Particular are the beach houses on stilts, who were the backdrop in 1986 of the famous French film 37°2 le matin.
Good to combine with Gruissan is a visit at the Île Saint Martin, which is situated directly below. You can make here the hiking tour ‘Le sentier des Goules’ with magnificent views or discover the tradition of the salt culture at ‘Le Salin de l’Île Saint Martin’, where in summer the water turns rose.
For more information: France Voyage 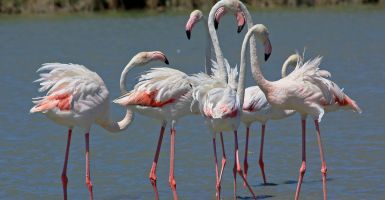 In ancient times, Narbonne was established as the first Roman colony outside Italy and served as an important crossroads from that point onwards. In the city center, you can see traces of the excavations of the Via Domitia (118 BC), the first commercial road in Gaul linking Italy to Spain. Nowadays, Narbonne is a vibrant city with a Mediterranean atmosphere, popular among tourists for its unique architecture and its rich collections of museums. For lunch, you can choose one of the great restaurants on the banks of the Robine, or fix your own picnic lunch from the countless delicious offerings in the 100-year old market. Once you have soaked up the charm of this city, you can sunbathe or take a breath of fresh air on Narbonne’s sandy beaches nearby. For more information: France Voyage

While discovering the region, you will encounter the Canal du Midi, also featured on the World Heritage List of UNESCO. Designed by Pierre Paul Riquet under the regime of Louis XIV, the Canal du Midi connects the Atlantic Ocean to the Mediterranean. Its scenic tree-lined towpath invites you to explore its wonder by foot or bike. At Béziers, you can see the nine locks that allow boats to gradually cover a distance of 315 meters, with a drop of almost 25 meters. The famous canal bridge, which spans the river Orb, is also certainly worth seeing. 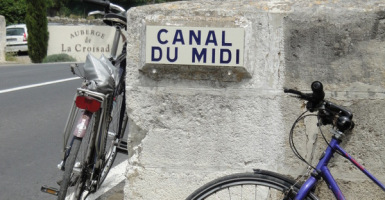 Along the Canal du Midi lie many pretty villages such as Homps, at 5 km from Beaufort and Le Somail at 19 km. Cruises on the canal are organized from these ports. In Le Sommail there is a large ancient library ‘Le Trouve Tout du Livre’, a paradise for fans of literature!Meanwhile, Lake Jouarres nearby Homps allows you to relax and enjoy fishing, boating and swimming (under surveillance in July and August).
For more information: France Voyage

We are lucky to have at least three villages in the surroundings, who are classed as Les Plus Beaux Villages de France. On this page we already mentioned Minerve and Olargues. The third village is Lagrasse, at about 30 km south of Beaufort. It is nice to walk around in the old peaceful village and to visit the 8th-century Benedictine Abbey Sainte-Marie.
Another magnificent abbey is the Abbaye Sainte-Marie de Fontfroide, who is situated in a beautiful landscape southwest of Narbonne and is well worth a visit. For more information: France Voyage Lagrasse / Fontfroide

Discover all the magic of the olive tree and the production of olive oil by the guided tour of the Odyssey of the olive tree. This visit of 1.30h includes an interpretive trail of the culture of the olive tree inside an olive grove fitted with 400 trees, a sound and light show in the olive mill, a multimedia museum space and an introduction to the tasting of the Oulibo’s olive oils and olives. For more information: L Oulibo en France Voyage

All of the activities above are just a sample of all the wonderful outings that can be experienced and enjoyed during your stay at ‘La Maison Chabbert’. In this lovely corner of the south of France, the landscape comes alive with the colors of each season, and the weather remains pleasant throughout autumn. From spring to late autumn, there is so much to discover: markets, antique sales, festivals, wine tastings, traditional town festivals, etc. During your stay, we will gladly assist you in your touring plans. 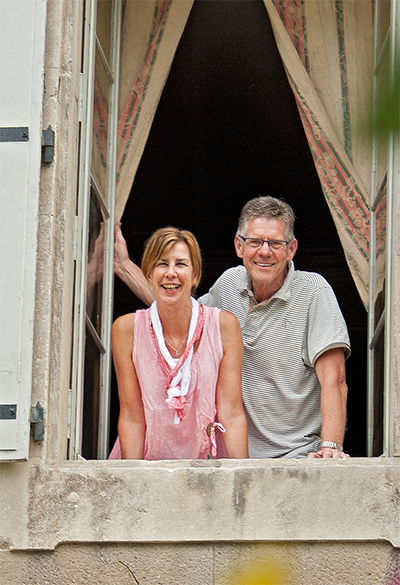